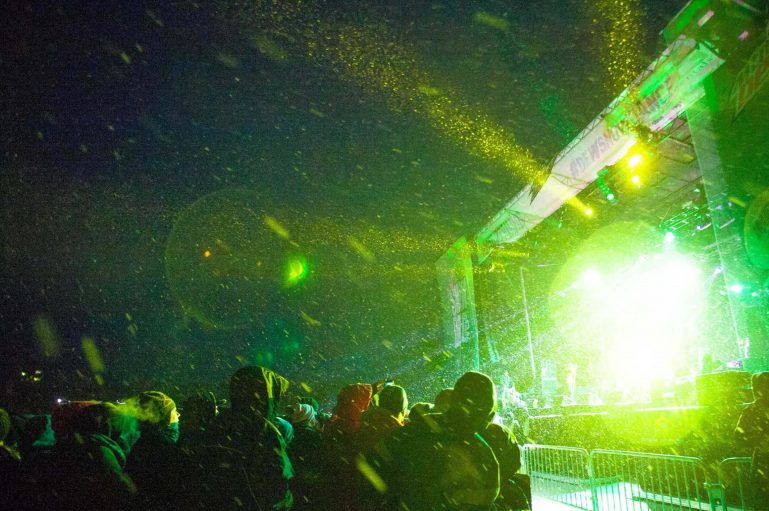 by Shannon Sinard 3 years ago no comments

Last year the Breckenridge Ski Resort, partnering with Mountain Dew, debuted the Mountain Dew Snow Dance on Peak 8 in Breckenridge. The high energy event brought an exciting early Ski Season experience with hopes and anticipations of summoning the snow! The all day activities included an on-mountain DJ, live music, a friendly yeti, pro skier and snowboarder sightings and a combination of live performances with rapper Big Boi, formerly of the group Outkast, headlining them all.

We’d say the celebration was a success as the 2018/2019 Ski Season not only extended once, but TWICE after substantial snowfall up until June. Breckenridge reported almost 100 days of snow dumping over 380″ snowfall in total. Wow! Records were broken, fresh tracks were made.. Let’s do it again, shall we!?

So, back for its second year, the Mountain Dew Snowdance will take place on Peak 8 in Breckenridge on November 23 from 8.30a – 8p. Again this event will feature a FREE live concert, headlined by the Slovenian electronic music producer and DJ GRAMATIK, as well as a variety of other musical guests, giveaways and pro skier/snowboarder appearances – including gold medalist and Summit County local Red Gerard!

The event promises to be the ultimate early season experience and is free and open to the public of all ages (although the concert will have limited space and requires an RSVP). So mark your calendars and help Breckenridge kick of winter with a day full of winter energy and contagiouos fun!

⚠️ Save 10% On Your Breckenridge Snowdance Lodging!⚠️
Ski Country Resorts is offering 10% Off All Stays through December 5th!*
*New Reservations Only. Discount Automatically Applied Online. Some Properties May Not Qualify.